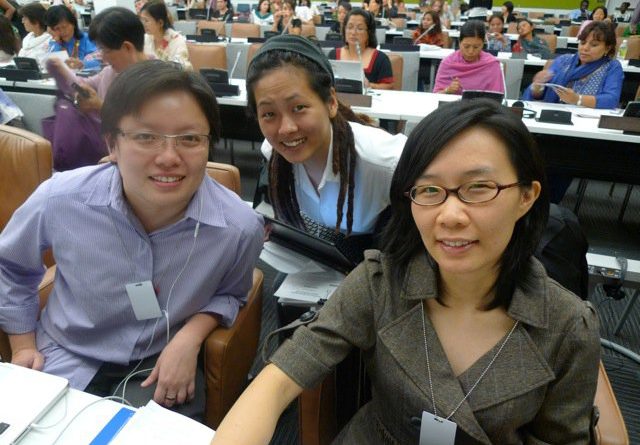 There were tears when I contemplated on all the things we have done at the eve of the Singapore government’s session with the CEDAW committee. They were not of sadness or regret but a crescendo of the many emotions that swept us daily throughout the last week.

We spoke about the victims of violence we know of and the silence that surrounds invisible women. Or the many gay men and women we know that lingers at the edge of existence. We tried to put a name to the shame and pain that tortures our community endlessly and the insistent ignorance of those who claimed that they understand but know nothing. And did nothing.

With determination flashing in her eyes Kelly quietly said to me, “We have to make this happen. We must.” That was the deciding tone when we raced down the stairways and corridors in the United Nations every day.

We were disappointed to see the ignorance of the government in full display when question after question on SOGI issues were placed upon them. Nothing was said except a weak denial or two on systemic discrimination. The answers if any were careless and displayed our invisibility to them for all to see.

Still, we’re elated that the questions were raised. We are very happy that the CEDAW committee understood our struggles and is seeking clarifications.

The CEDAW convention has been life changing and an eye opener for us. We began to see how the dots are all connected and how issues intertwined with each other directly and indirectly. It is particularly rewarding for us that new revelations are still happening as we speak.